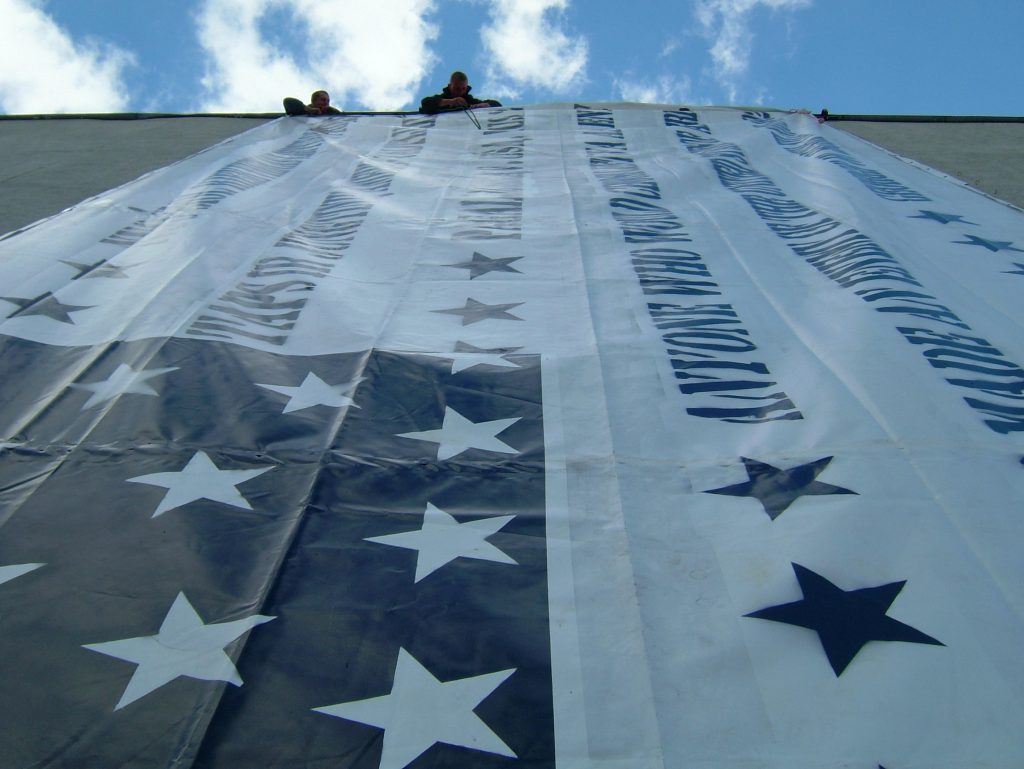 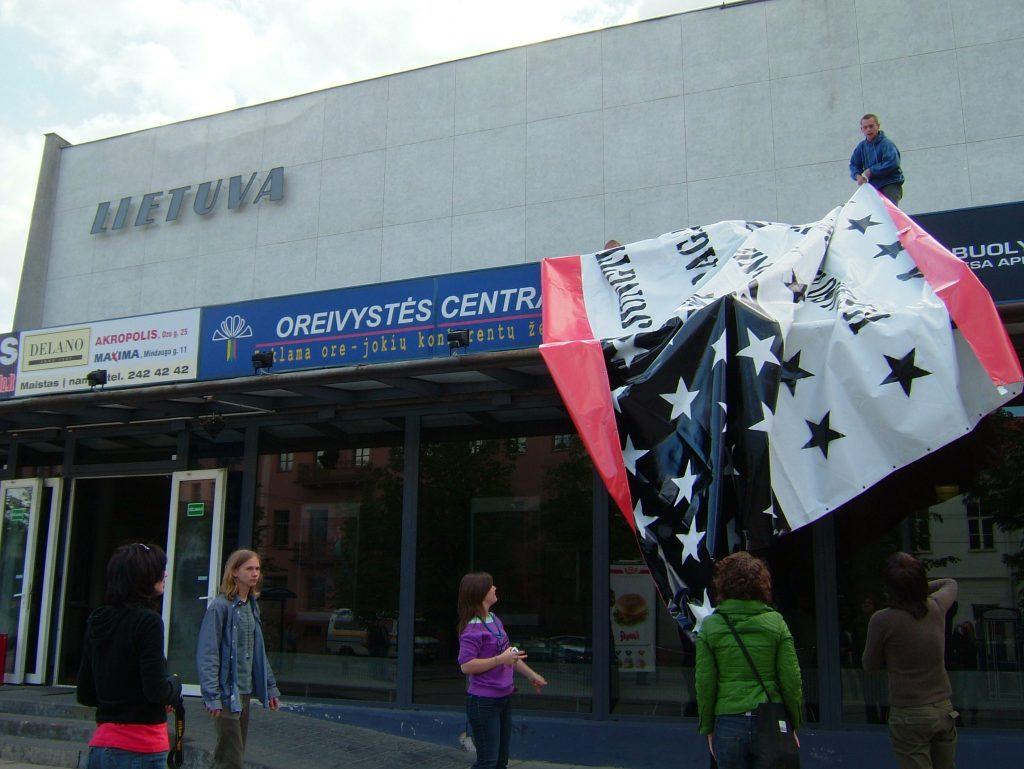 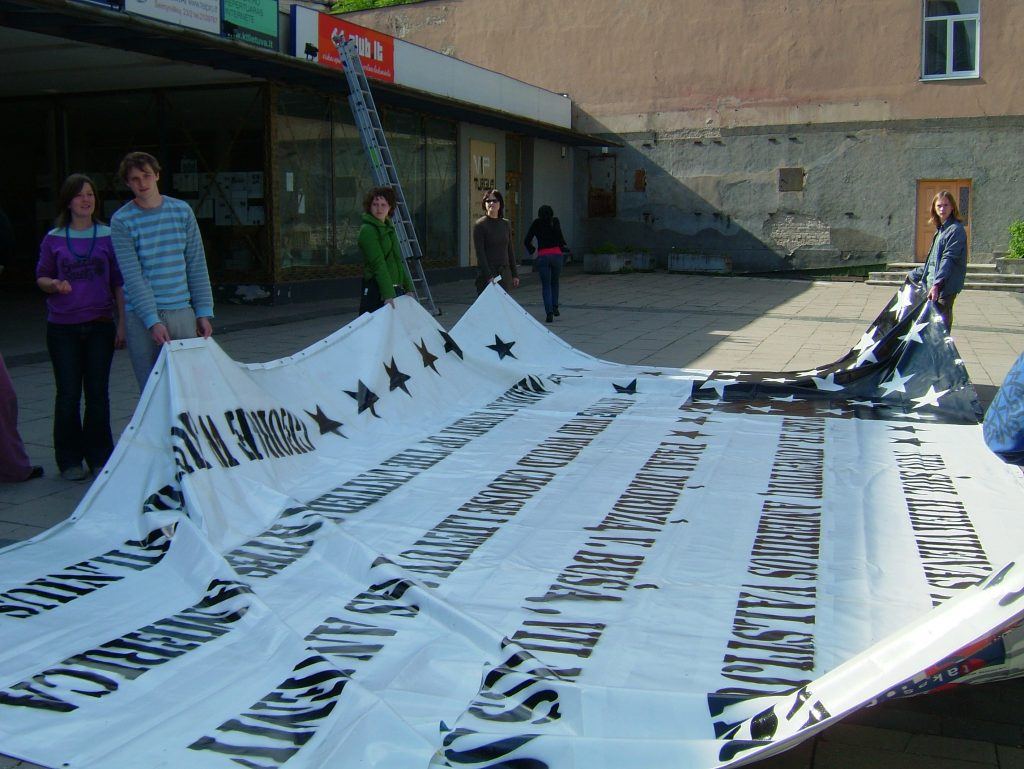 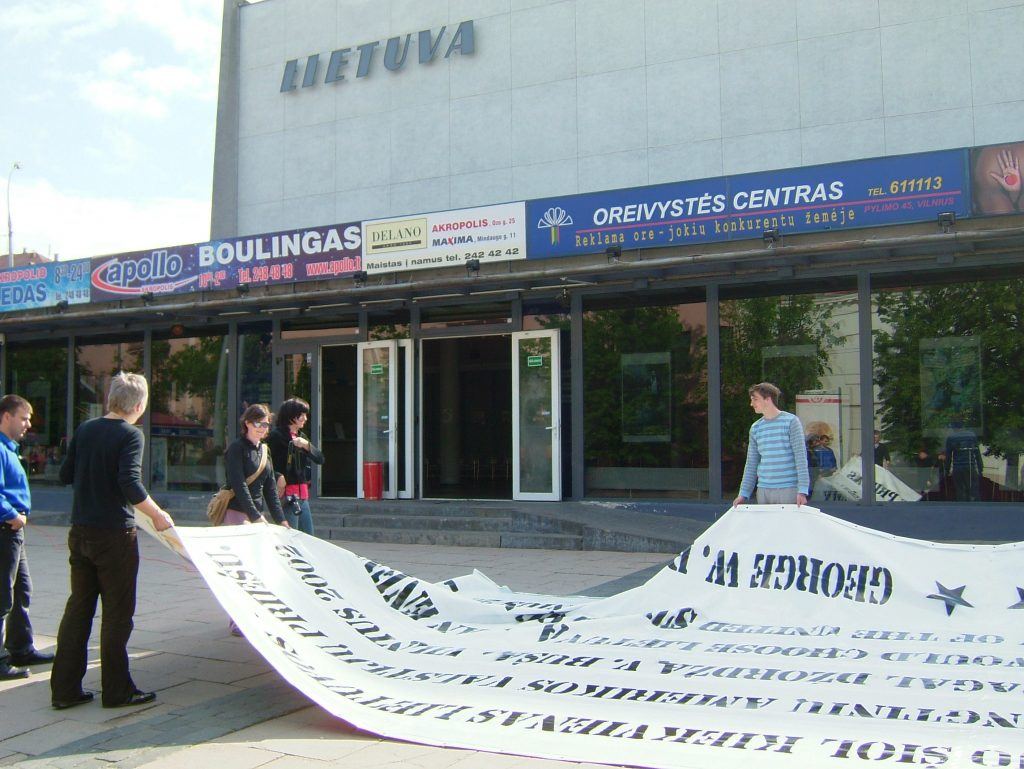 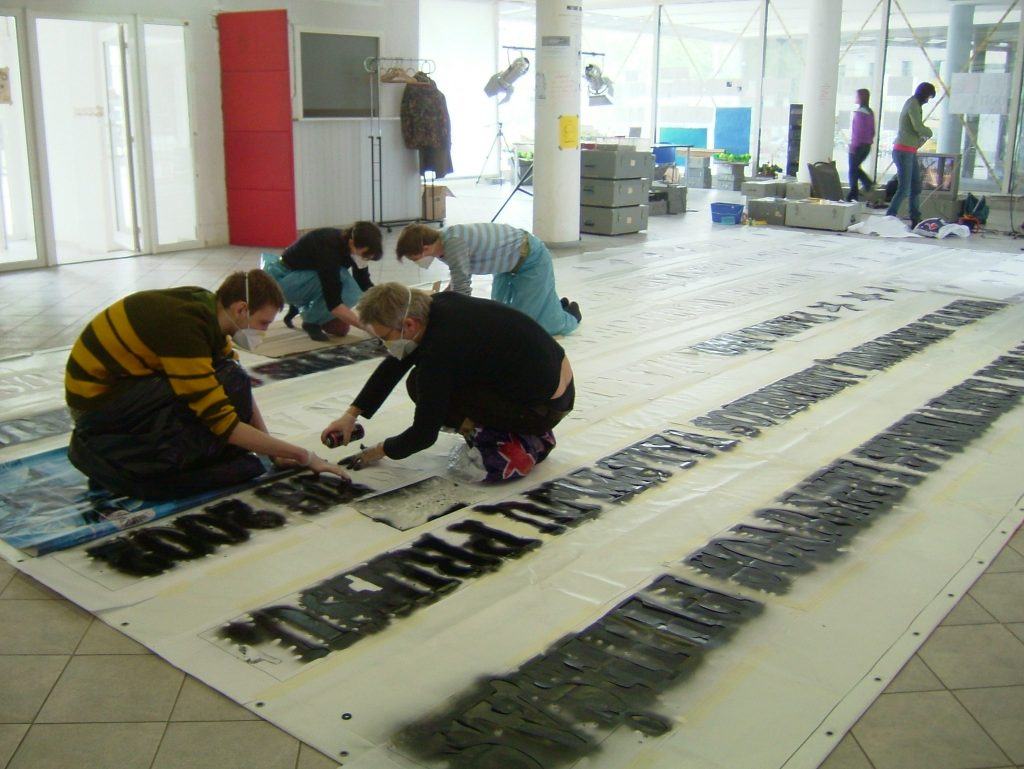 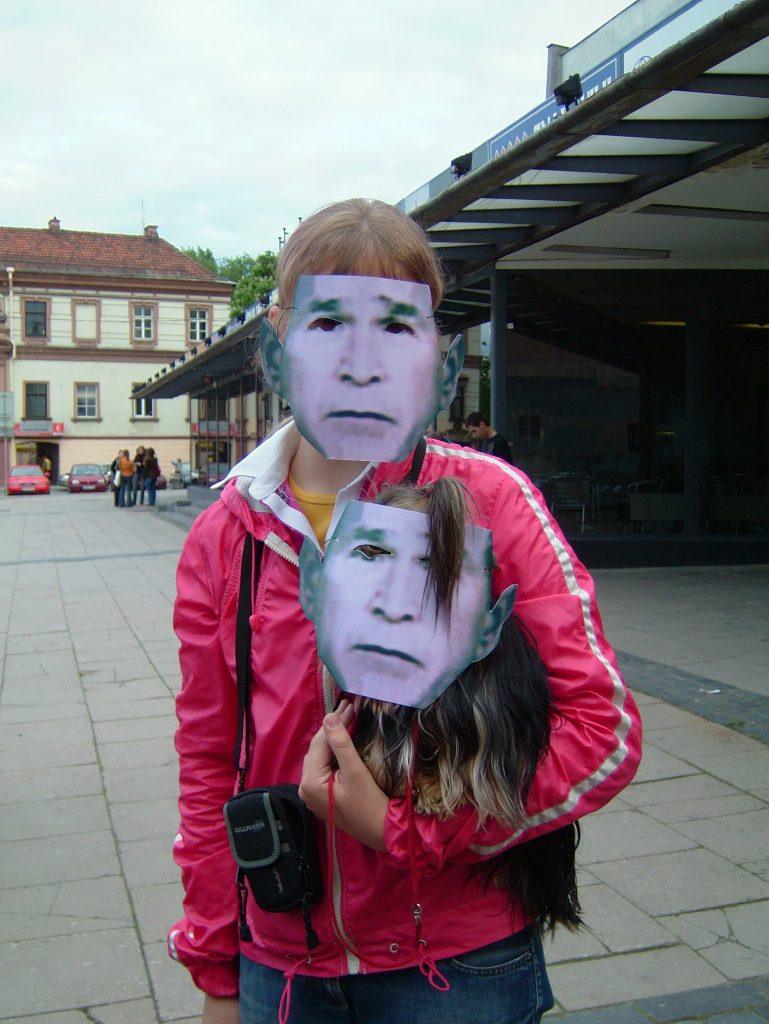 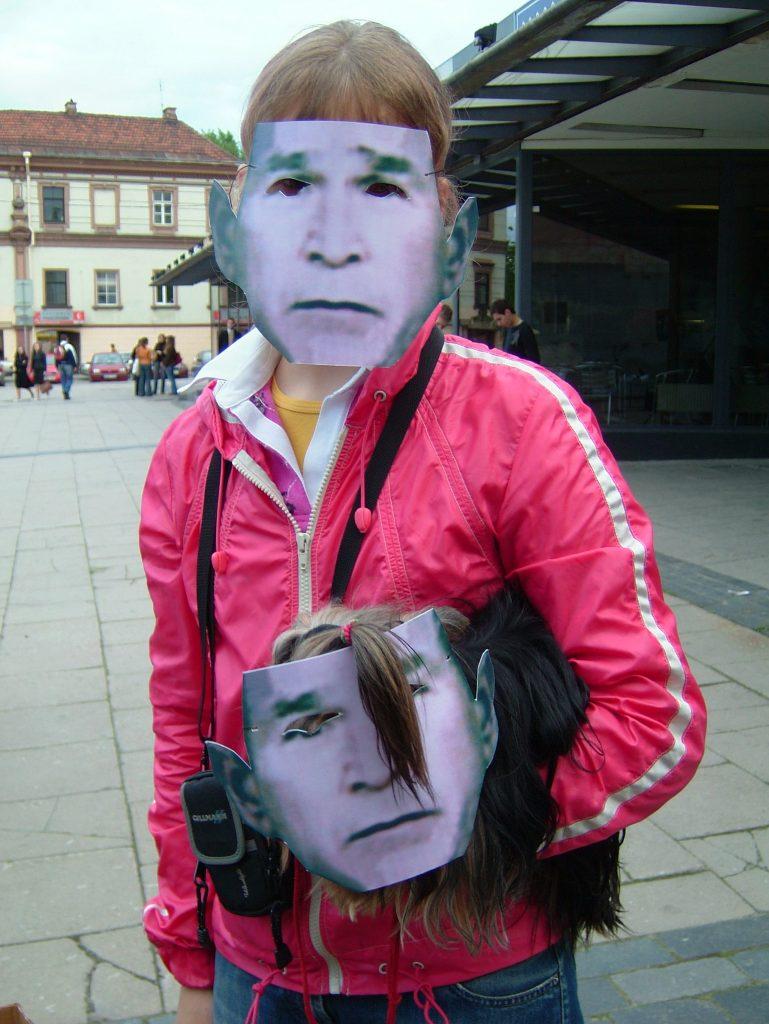 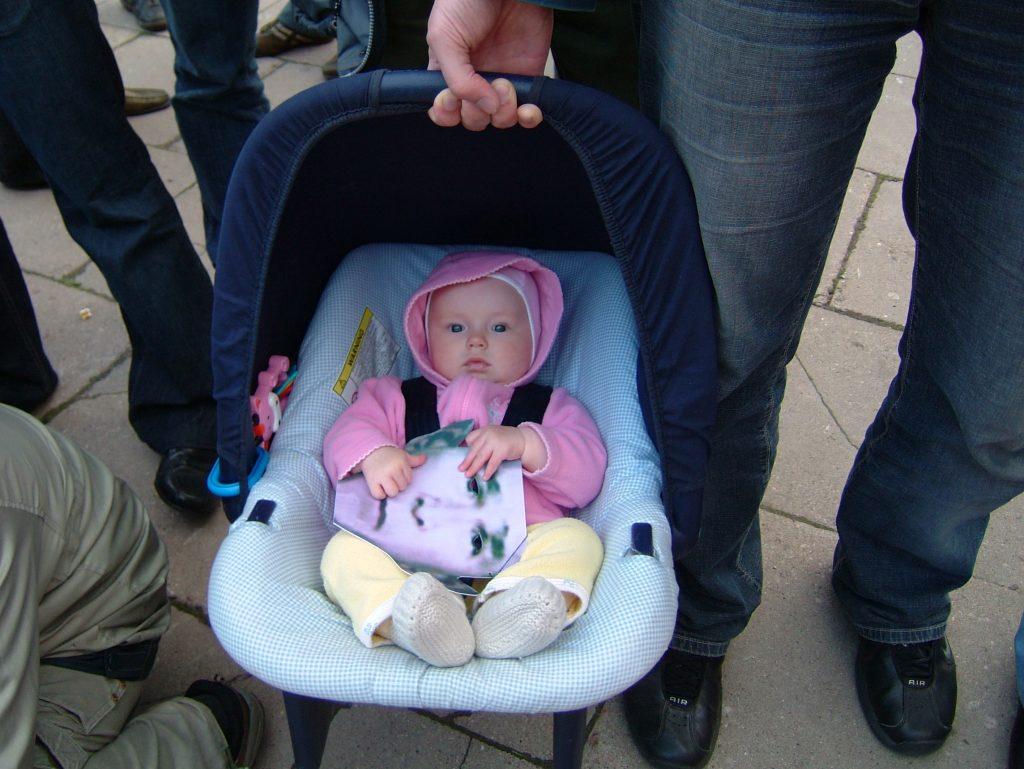 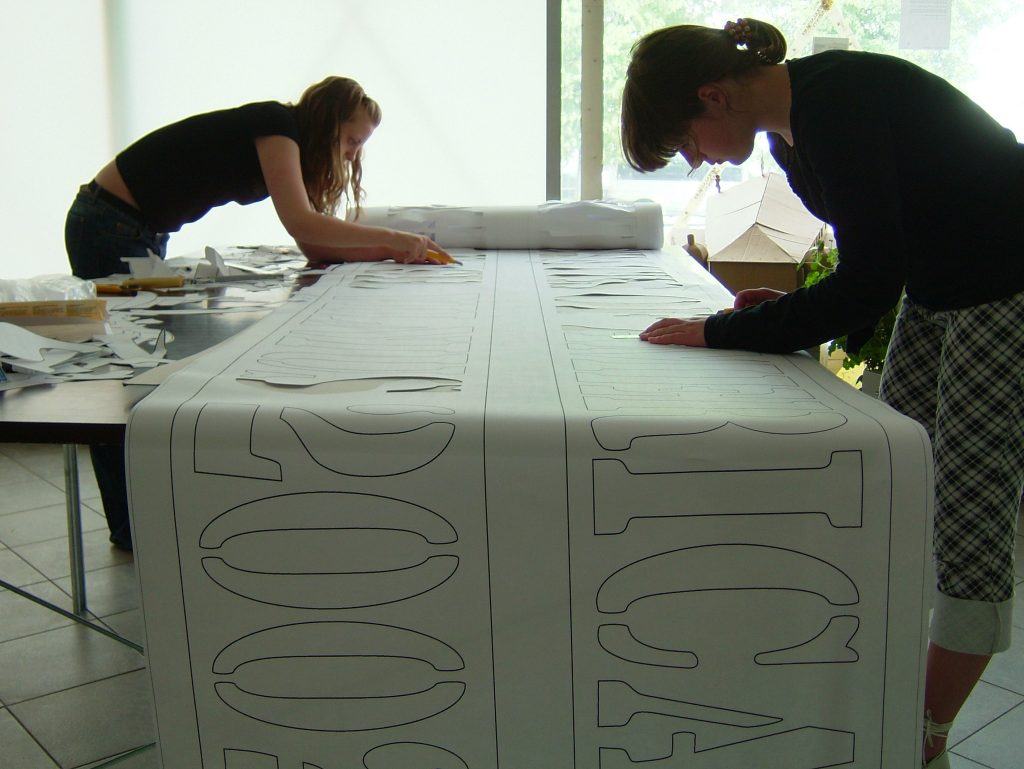 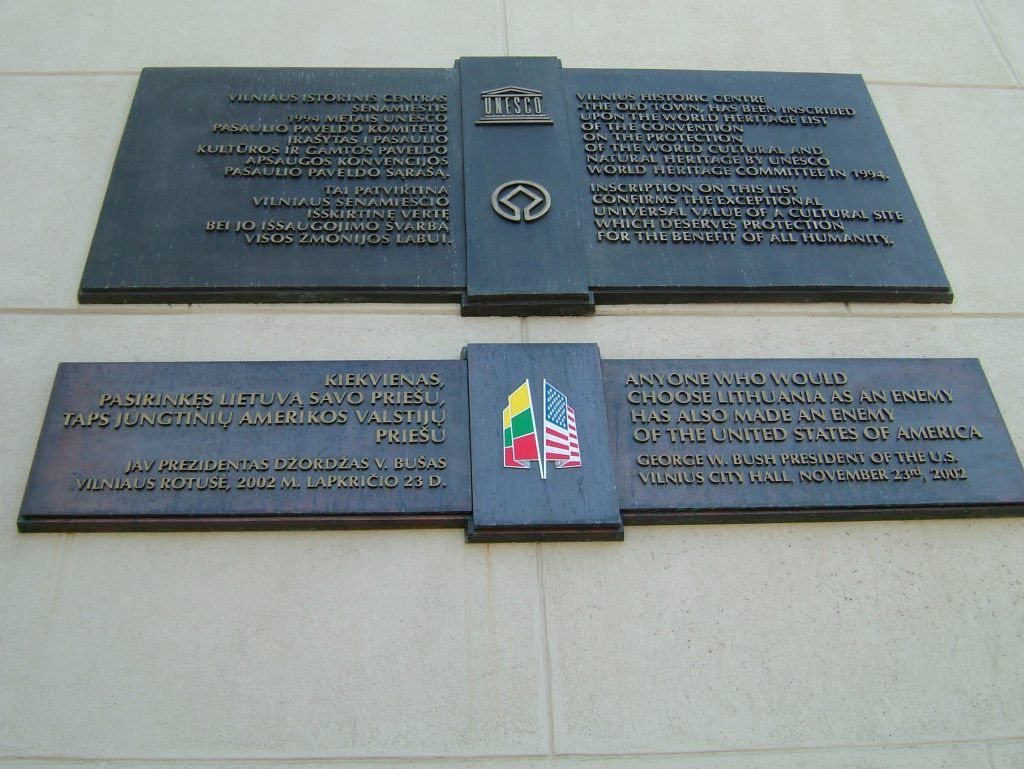 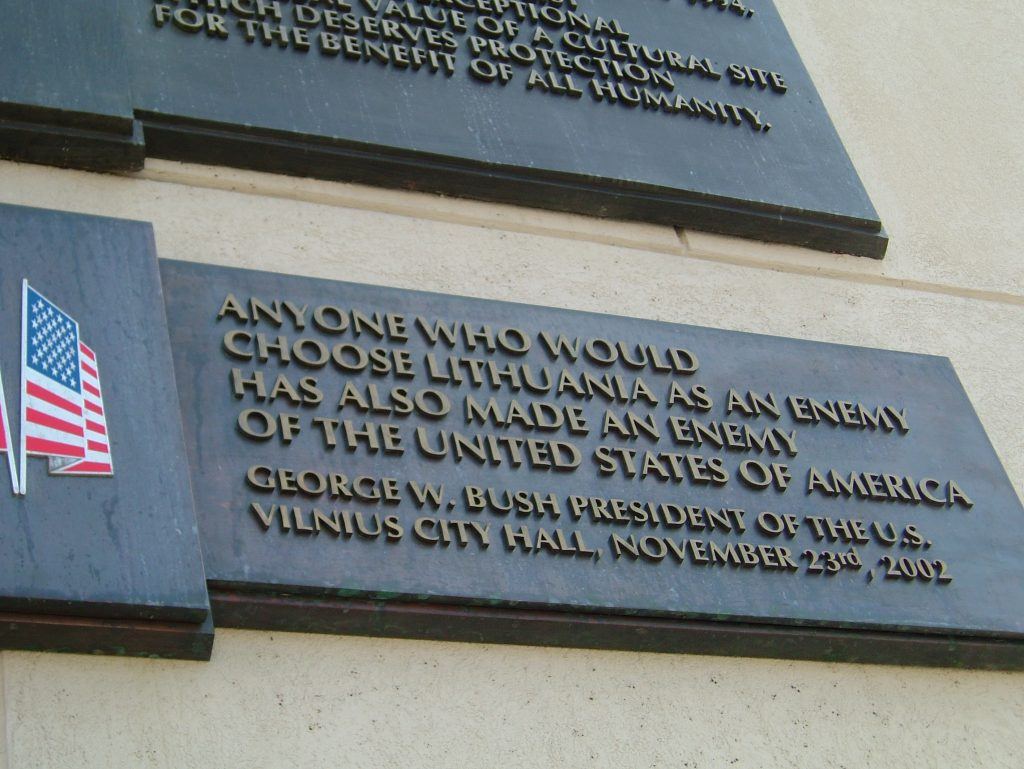 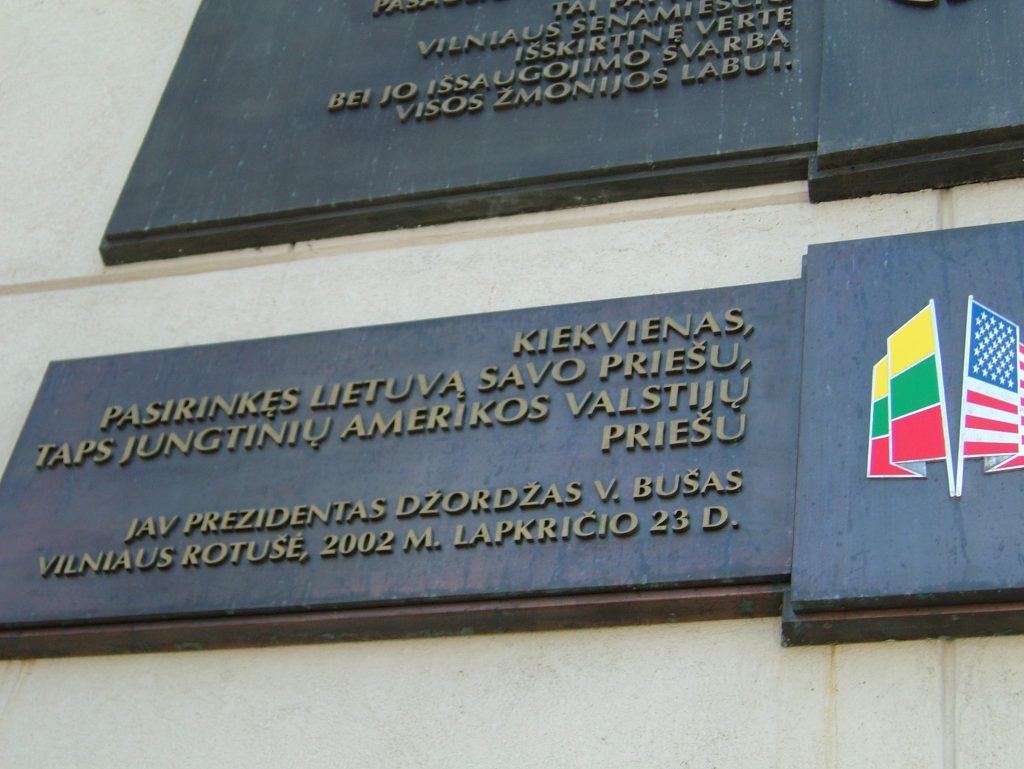 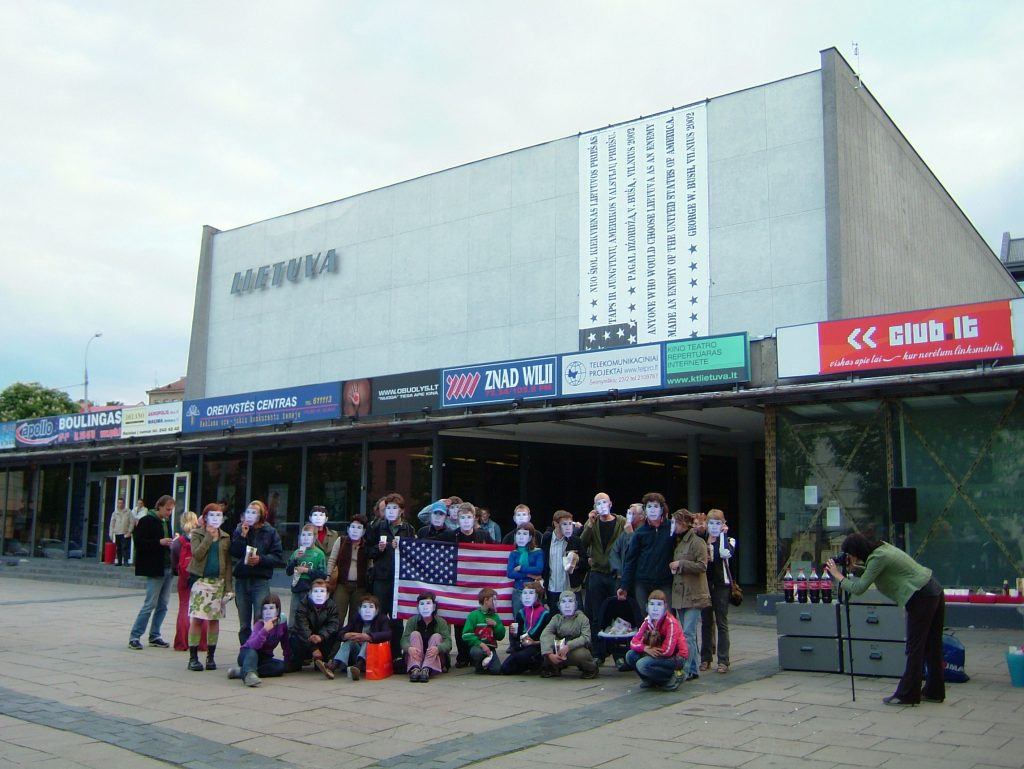 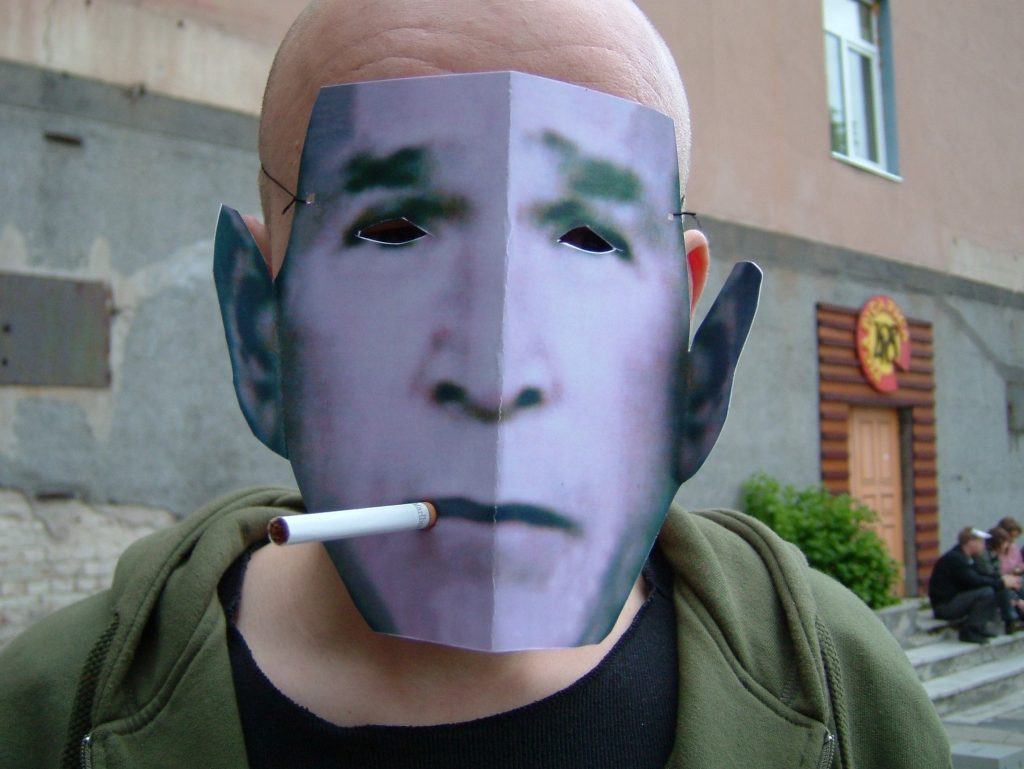 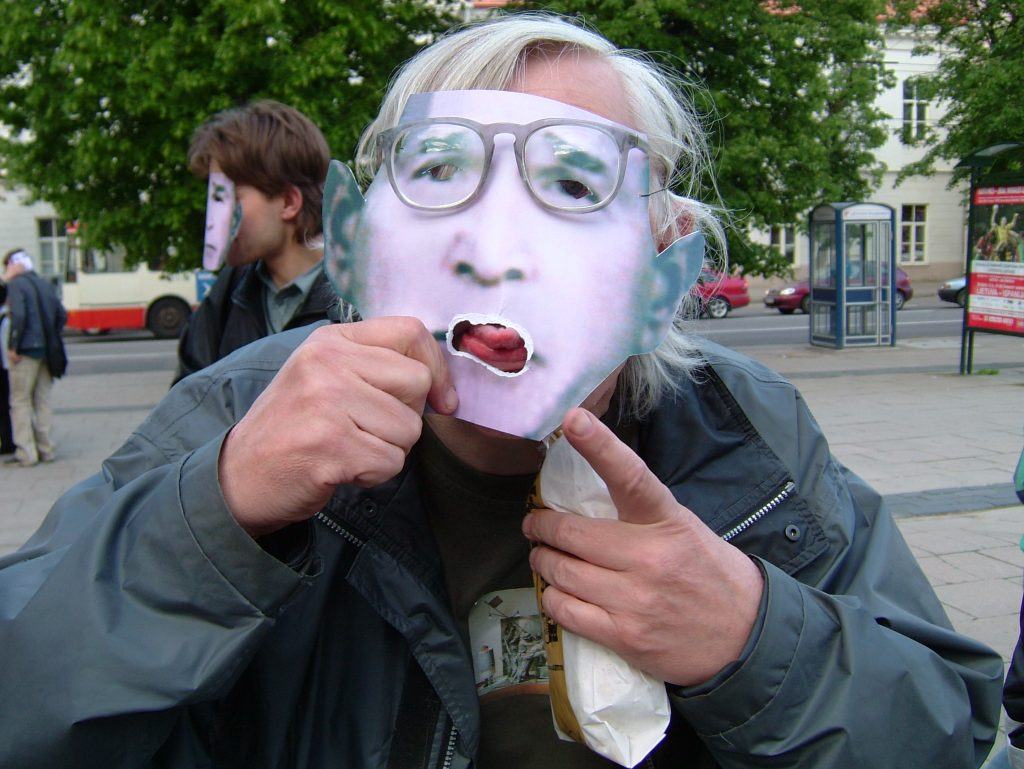 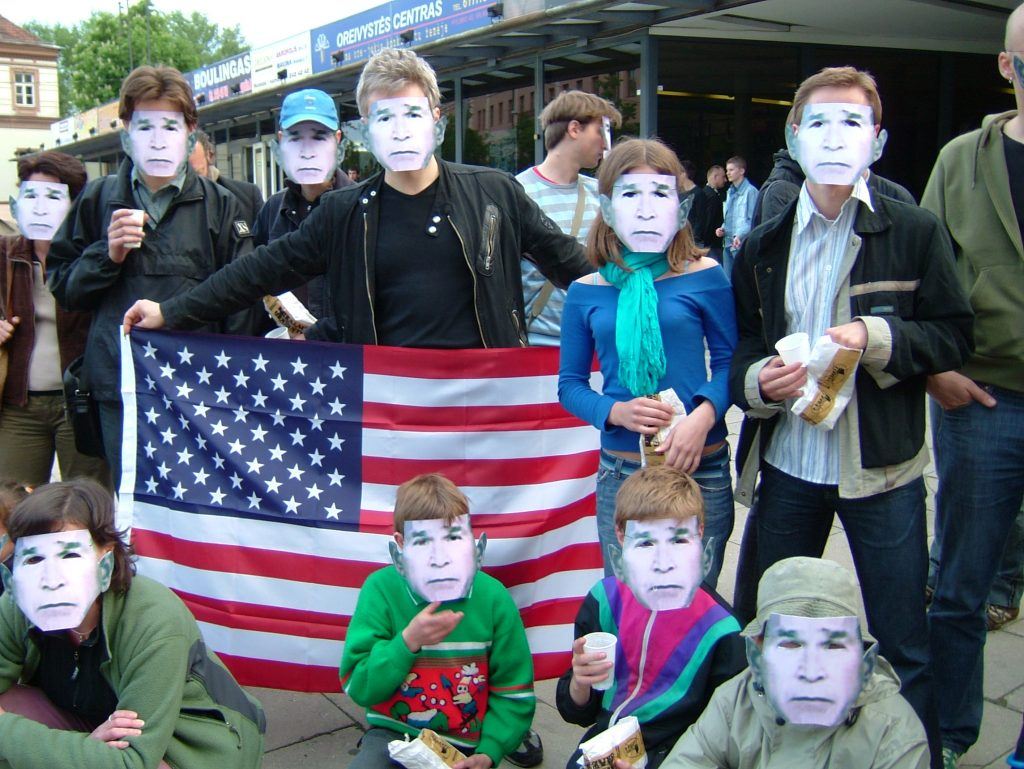 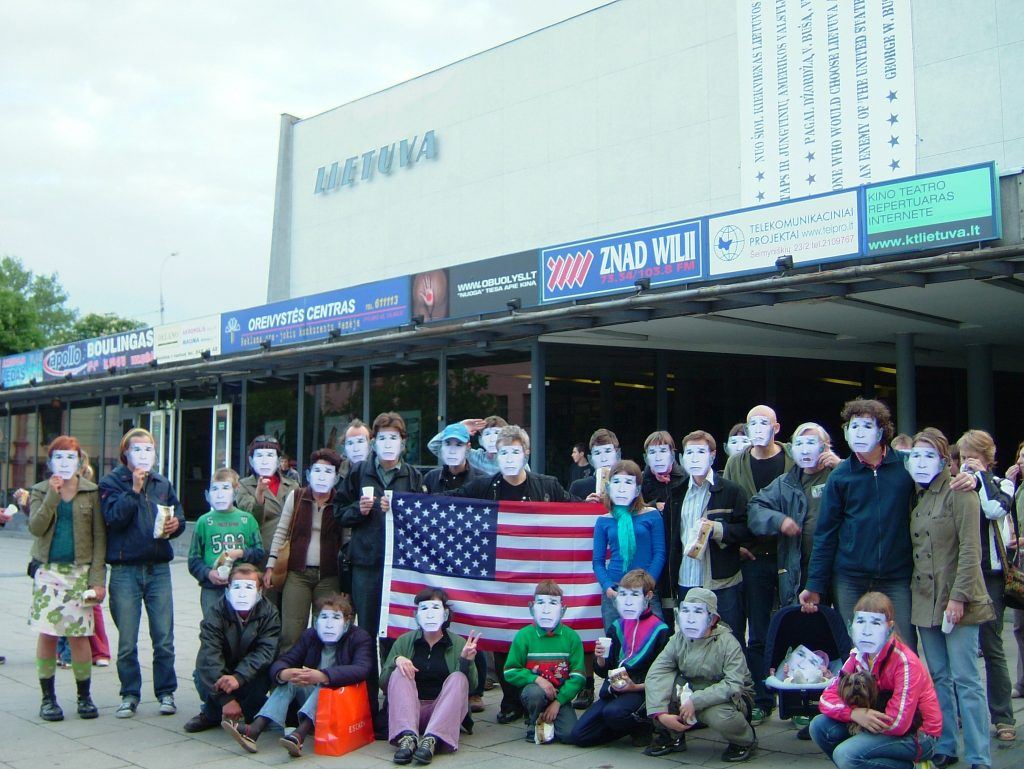 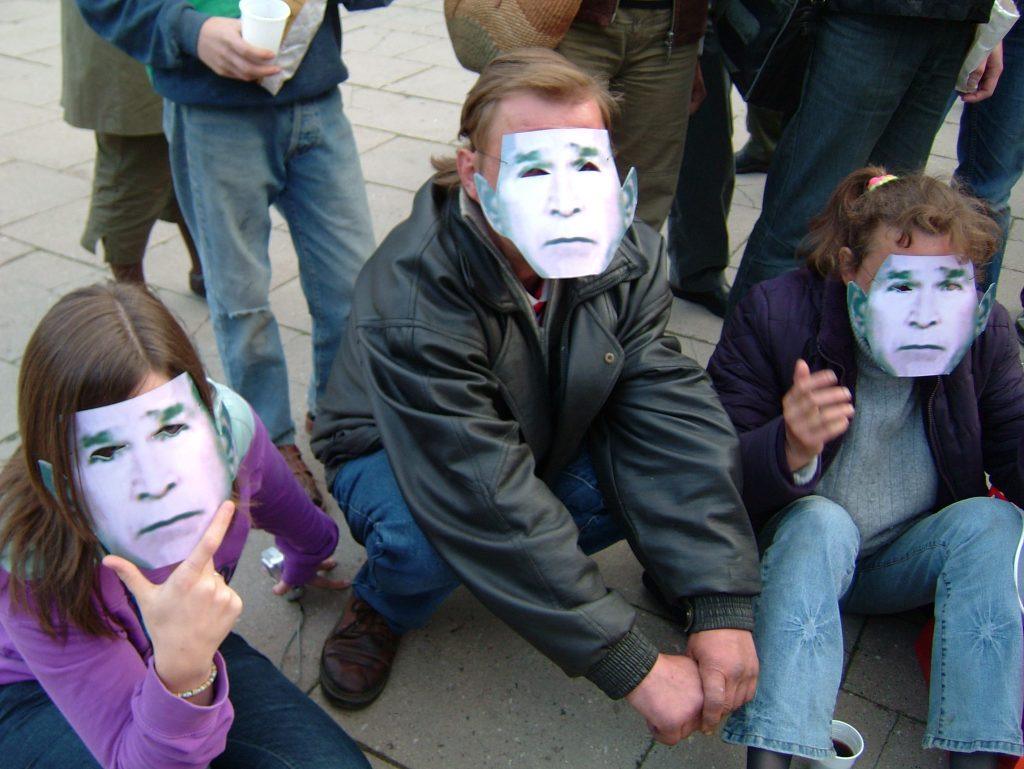 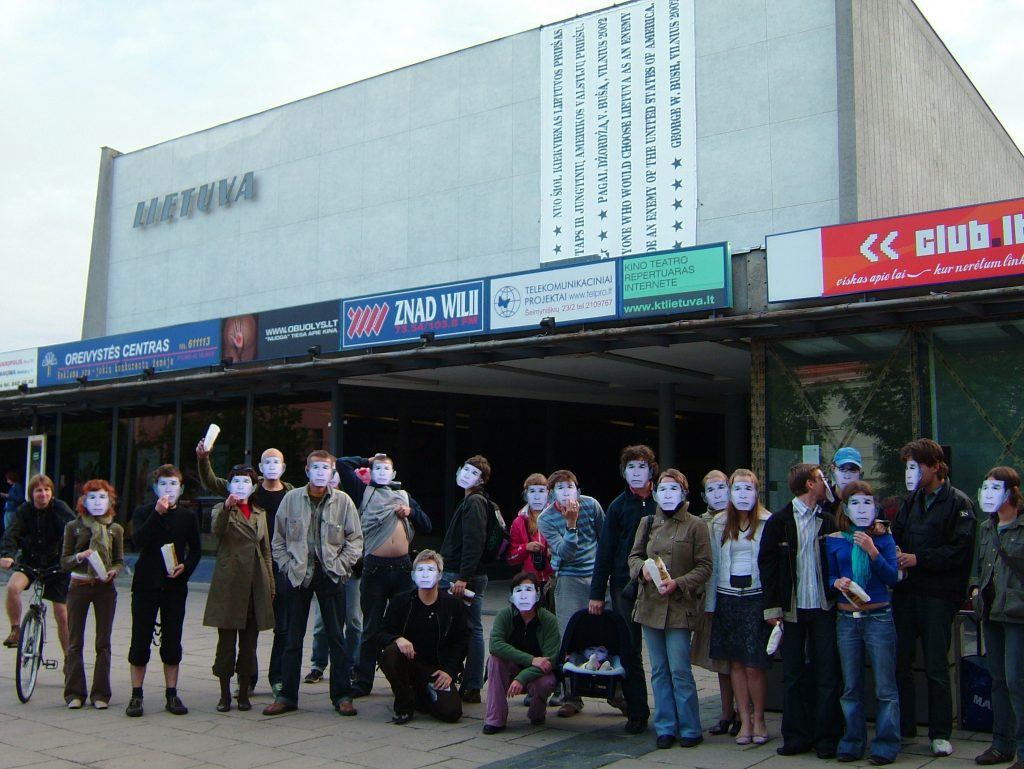 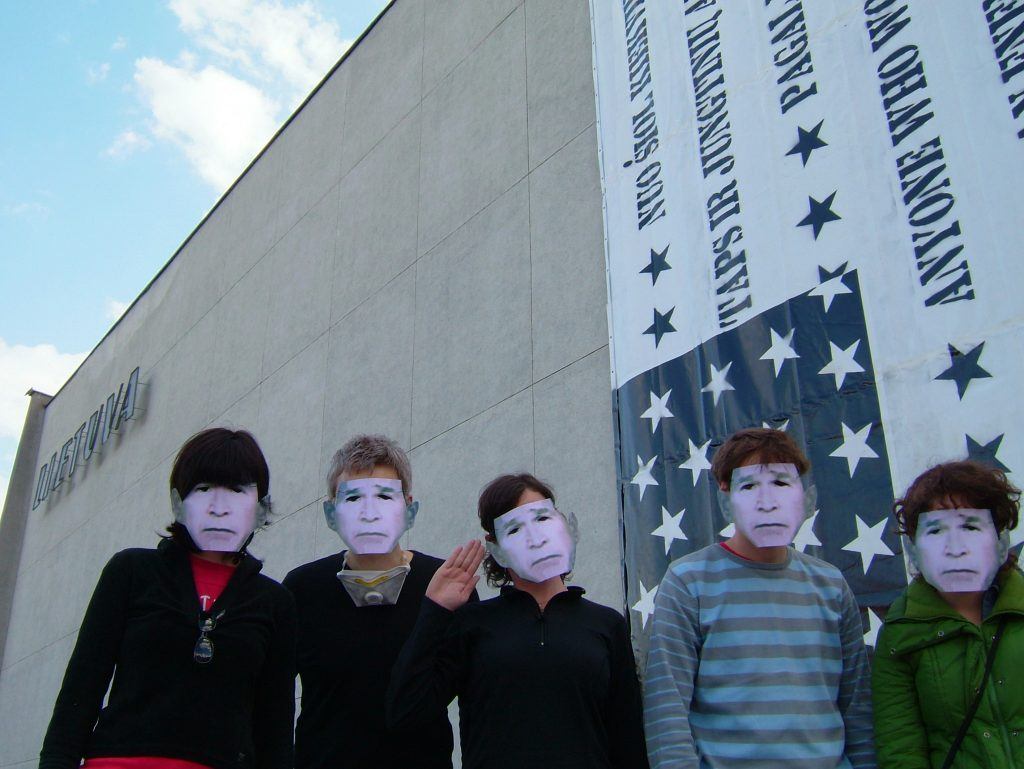 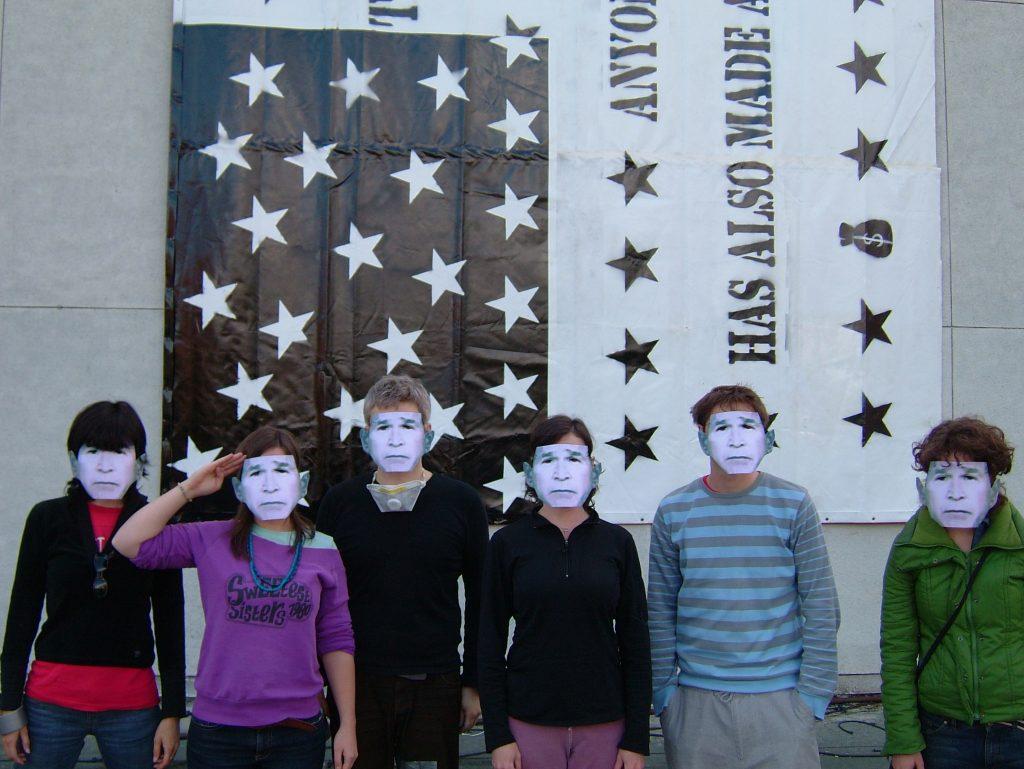 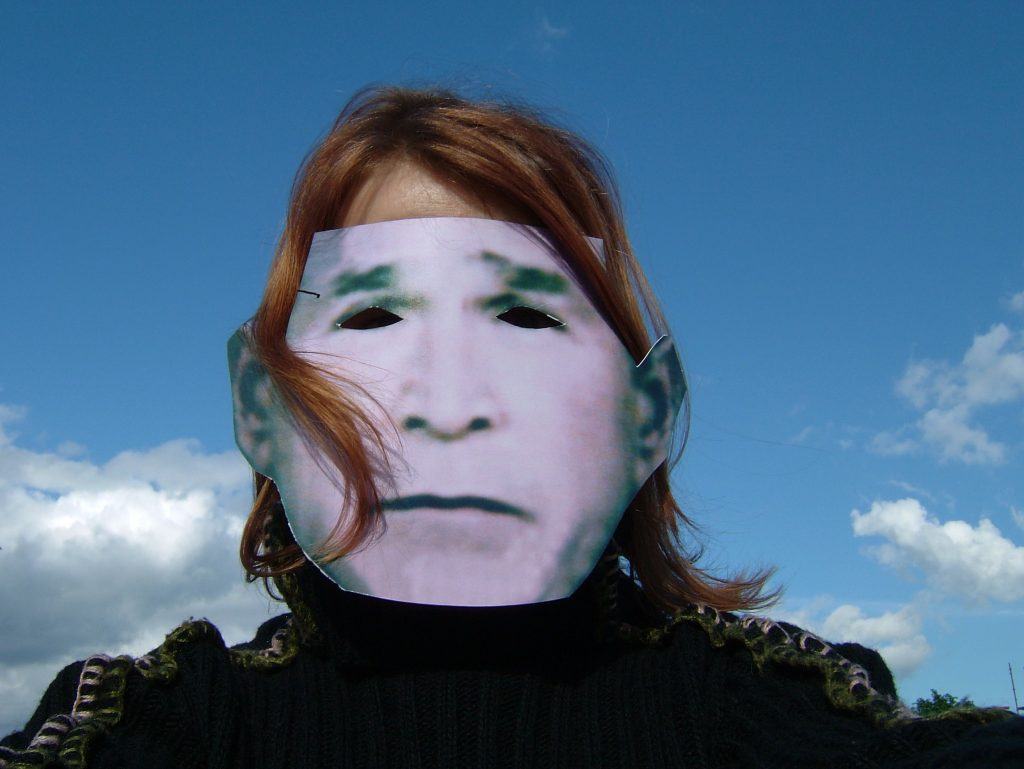 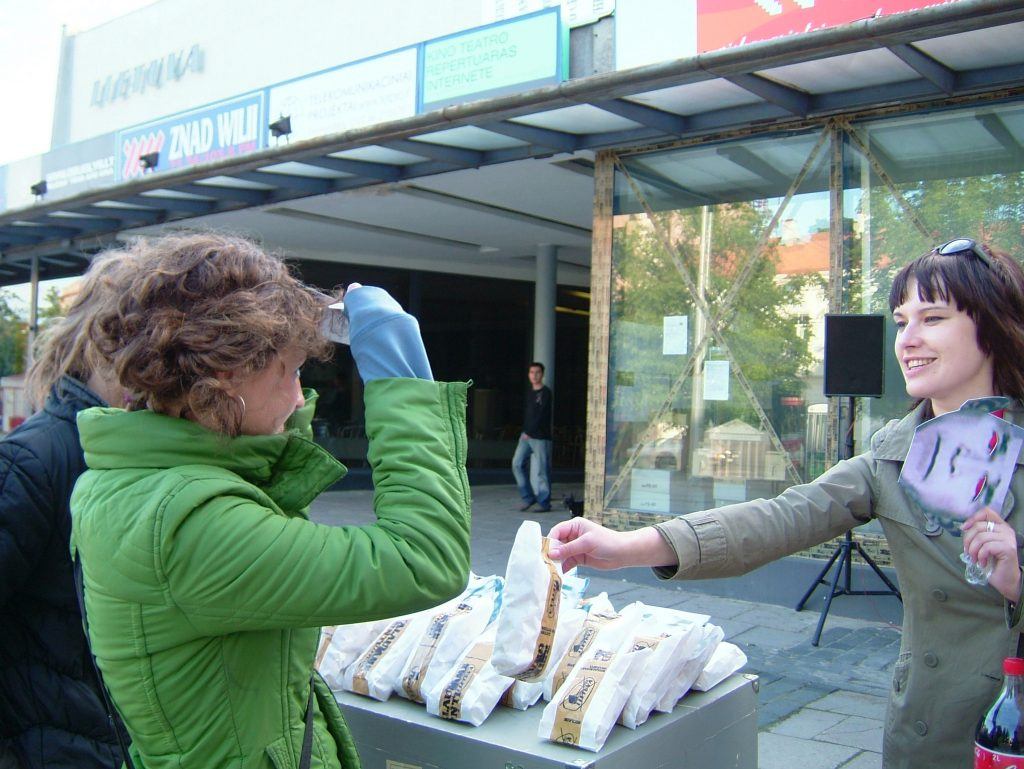 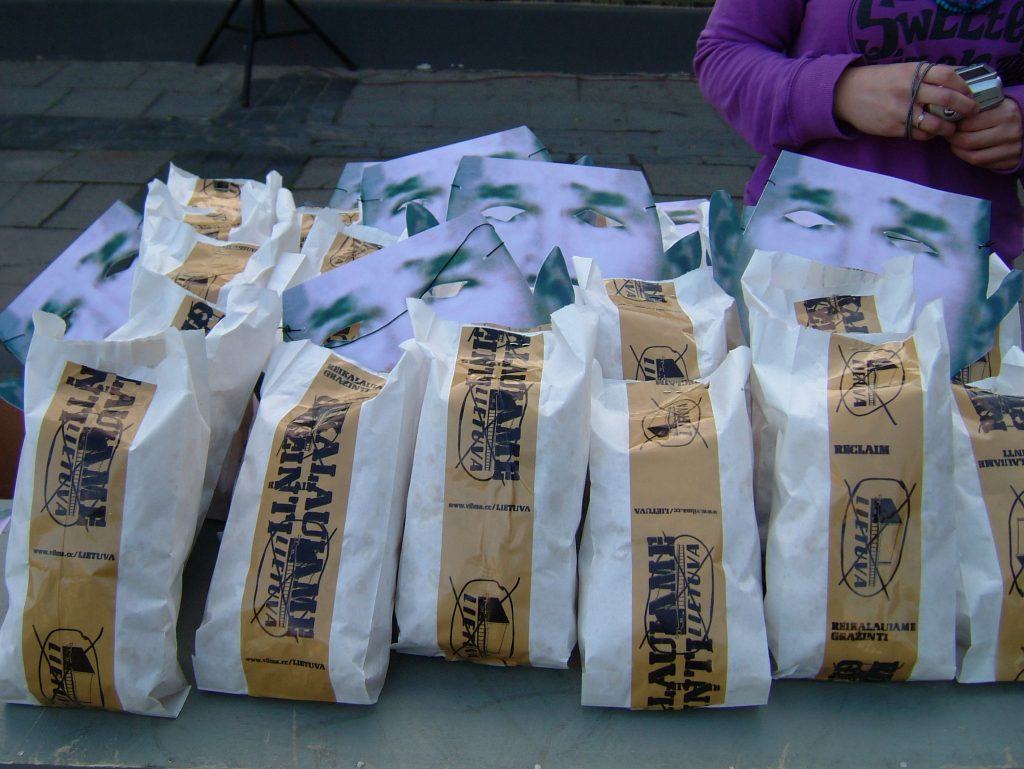 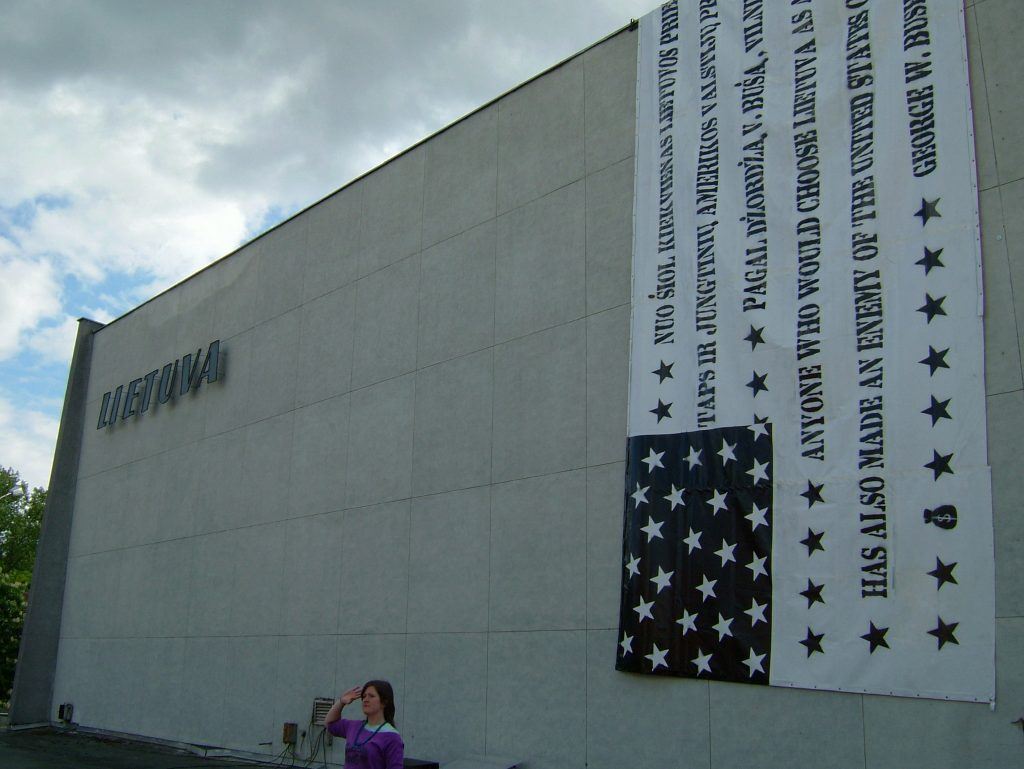 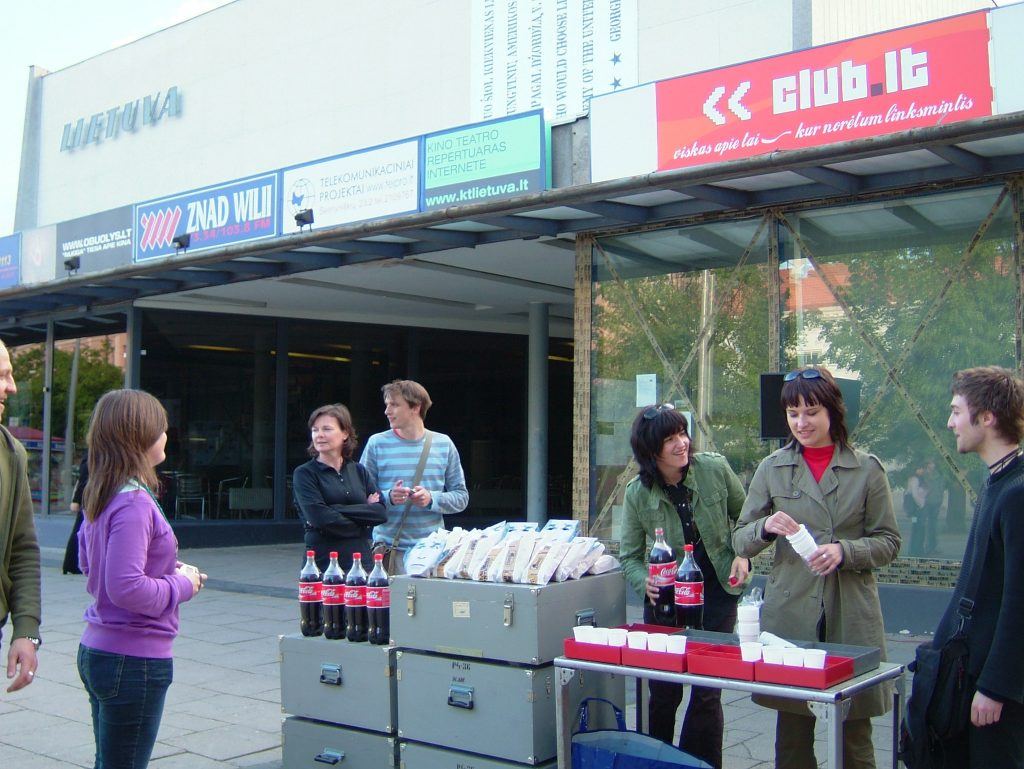 The making of the pro-test action called America Will Help Us! promising popcorn and much more is organized by VILMA to re-animate the promise of the President of the United States George W. Bush during his visit to Vilnius on 23 November 2002, where he stated that “From now on, any enemy of Lietuva is an enemy of the United States”. Everyone who is for Lietuva, join the action! Together with the United States, let’s save Lietuva from the enemy!