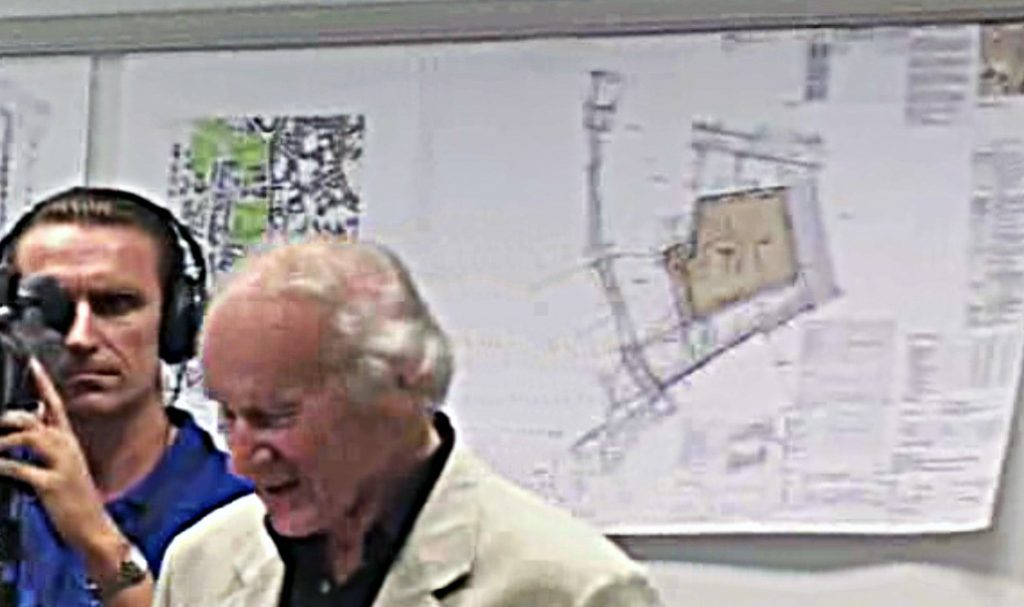 The first public hearing of the detailed planning of the lot to present  plans of the development is organized by the company UAB Rojaus Apartamentai at the hall of the Vilnius City Council. According to the plans presented by developer, cinema Lietuva is to be demolished, and building of dwellings with commercial premises is to be build. This simultaneously denies the cultural purpose of land and public space and destroys square in front of the cinema. Citizens and NGO’s present more then thirty alternative proposals, that oppose developer’s plans to demolish the cinema. The company UAB Rojaus Apartamentai is not able to produce articulated argument on the spot. Public hearing meeting concludes that the detailed planning is justified as undischarged, due to the lack of evidence that would present means to diminish negative consequences for the city if planning takes place.